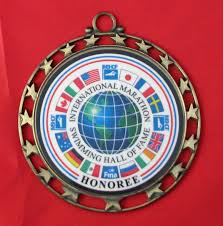 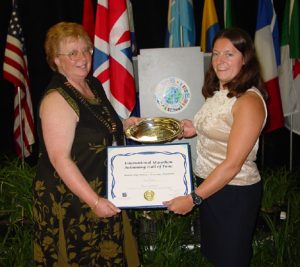 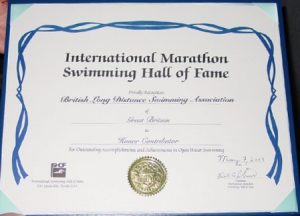 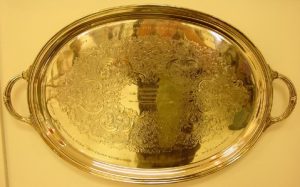 On the 9th May 2003 The British Long Distance Swimming Association was inducted into the International Marathon Swimming Hall of Fame, Fort Lauderdale, Florida and awarded the Irving Davids / Captain Roger. W. Wheeler Memorial Award for their leadership, organisational and promotional excellence in the field of Marathon Swimming since they were formed in 1956.

The British Long Distance Swimming Association was officially founded in 1956 upon the suggestion and urging of John Slater and Philip Rising to promote open water swimming.

Since that time, the leadership, membership and athlete representation reads like a “who’s who” in marathon swimming. The BLDSA conducts a series of annual events throughout Great Britain and has acted as a model for sister-type organisations in Scotland and Ireland. The BLDSA held the Lake Windermere International Championship every four years. This event was the premier event for amateur marathon swimmers until FINA relaxed some of its rules concerning professionalism. The BLDSA continues to run a 10.5mile Championship on Lake Windermere which is a very important race on the calendar.